Steampunk is a punk sub-genre that is represented in specific venues such as costume fairs, Renaissance fairs, Blizz-con, Comic-Con, Halloween, the Burning Man festival, enormous carnivals, or even in a more intimate setting with a group of friends on a day outside over a picnic. Because most people are unfamiliar with the notion, it is not commonly considered ordinary clothes, worn on a trip to the mall, and it is not so much a statement against certain modern societal patterns, as it is an expression of an idea of how things may be radically different.

The Steampunk genre is built on the idea of advancing technology while adhering to the restrictions of steam power, as if the usage of fossil fuels and other kinds of power had never been discovered. Within these constraints, copper tubing and brass metalwork are thought to be the most commonly utilized materials for the construction of gadgets and gizmos. Blown glass and modest amounts of electricity can also be useful in the creation of “infernal gadgets.”

What is Steampunk anyway?

Steampunk is probably something you’ve heard of before. It grew from humble origins as a literary genre to become an immensely prominent subculture that encompasses fashion, philosophy, and way of life. Steampunk-inspired things may now be seen in both high-street stores and mainstream media, but you may be wondering what they are all about.

Around thirty years ago, the trend began as a literary genre derived from cyberpunk. Books in this category were defined by the fact that they were set in settings that resembled a bygone era in which steam was the dominant source of power, but in which fantasy elements and futuristic touches were also present.

A society comparable to Victorian-era Britain, for example, in which individuals created futuristic steam-powered machinery, presumably to allow time travel or long-distance communications.

Themes and concepts from great works of literature quickly found their way into other types of media, and followers began to incorporate elements into their daily lives. Reading about these exotic machines eventually spurred people to want to build their own, and an underground style of dressing in the characters’ way arose. The subculture grew out of the initial concepts depicted in literature.

The Steampunk look and style

The concept of retro technology could be used to characterize the central focus of this subculture. Participants seek to integrate this principle to their lives through fashion, philosophy, media, and home decor. Because of the growing popularity of this subculture, it has become an inspiration in a variety of media, and recognition of them may be part of the lifestyle for some.

Despite the fact that it is debatable what type of music constitutes the subculture, countless artists have claimed to be inspired by it, and for many, this music is a significant component of their lifestyle. Recently, Steampunk-inspired PC games and movies have begun to appear, and once again, many people accept these as a part of the culture.

This way of life occasionally includes the construction of machines similar to those described in books, and many people opt to design their homes in the style of the genre. This would often involve the extensive use of materials such as leather, brass, rivets, and mahogany, as well as the use of items that appear vintage yet may be technologically advanced. Some followers choose to repair items such as computers or watches to make them appear to be from a bygone age or to be powered by steam.

Fashion and apparel are crucial aspects of many people’s lives. While there are no hard and fast rules, it is typical to see old-fashioned, Victorian-style clothing like waistcoats, long dresses, and frock coats. These are frequently equipped with technical fashion accessories like intricate timepieces, ray weapons, and even robot arms.

Perhaps the most important component of the Steampunk lifestyle is that none of these characteristics are strictly defined. You do not have to dress a certain manner, act a certain way, or participate in certain activities to be a part of the lifestyle. Rather, whatever you do to characterize oneself as Steampunk is generally acceptable, and it is the manner that individuals interpret the topic that is influential. 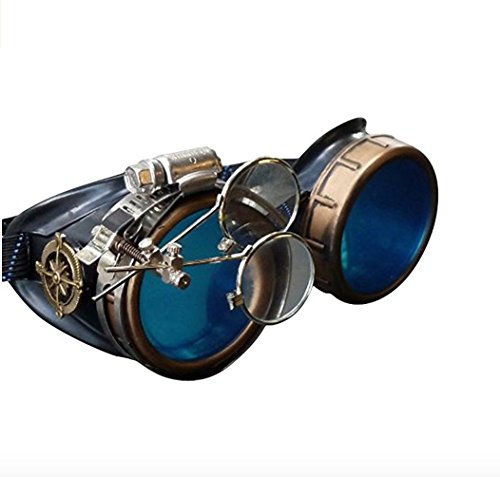 Hello, my name is Zoe Madden, and I am a huge fan of all things Steampunk. I've always been fascinated by history and how fashion evolves over time. The Steampunk movement in particular fascinated me. Its popularity is growing, especially as more steampunk books and entertainment are being created. Steampunkorigins.com is the ideal website for anyone who wants to learn everything there is to know about Steampunk.

The History of the Steampunk Plague Doctor